Having served the Lord for most of my life (minus a period of temporary insanity in my early teens!), there were Christian “basics” that were instilled in me from early on. These were drilled into me. They were reinforced. I was encouraged to do them. Praised when I succeeded. And I was reminded of them frequently. Simple principles.

Do to others as I would have them do to me.

Admit when I was wrong.

Turn the other cheek.

Be quick to forgive.

As I got older and my relationship with the Lord deepened, the concepts behind these principles developed, expanded, and matured.

Compassion should be given along with kindness.

I should also give others the same benefit of the doubt that I wanted to be given, keeping what I knew about their heart in perspective rather than simply judging motives.

Real repentance was vital, as well as seeking to correct and change my behaviour.

Turning my cheek was also not keeping a record of the sins committed against me.

Forgiving quickly is often required again and again and is given to those deemed “undeserving.”

In adopting the name “Christian” I was declaring that I was a follower of Christ. That I needed to exemplify His character and heart. My wants no longer took precedence over His, nor could my will supersede His will. Others would judge Him based on my example. If I presented a poor reflection, His reputation came into disrepute. Galatians 2:20 became a revelation for me because I finally understood this truth:

“I have been crucified with Christ; it is no longer I who live, but Christ lives in me; and the life which I now live in the flesh I live by faith in the Son of God, who loved me and gave Himself for me.”

And learning to act in the “opposite spirit” became one of my most challenging undertakings as a follower of Christ. Because it’s just WAY too easy to respond to anger with anger. To respond to being wronged with unforgiveness. To allow brokenness in others to create brokenness in me.

But with Him helping and empowering me, I can respond to doubt with Truth. Responding to fear with faith suddenly becomes possible. I’m able to respond to bitterness with forgiveness. And respond to hate with love…

Walking the way Christ walked was my goal. Jesus understood that He could do only what He saw His Father doing, because whatever the Father does the Son also does. And if I claimed to live for Him, I needed to have the same mentality… I can only do what I see Jesus do – what our Father does. If you don’t see an example of Him doing what you are doing, there’s no justification for your actions. Serving Him is not a free-for-all to do whatever makes you happy, holding unforgiveness in your heart, or anything else you try to justify.

Because if you are children of His light, you need to walk like you belong to the light.

I remember a bank commercial on TV I saw shortly after moving to South Africa years ago. A father was walking along the shoreline… his feet sinking deeply into the sand. Behind him, walked his young son, who was taking extra, large strides to make sure he walked in his father’s footsteps. This created an incredible visual for me that I will never forget – I need to be just like that young boy, being super careful to walk JUST where He walks. This will keep me on the path. And I won’t lose sight of Him because my focus is being just like Him.

“I’m not saying that I have this all together, that I have it made. But I am well on my way, reaching out for Christ, who has so wondrously reached out for me. Don’t get me wrong: By no means do I count myself an expert in all of this, but I’ve got my eye on the goal, where God is beckoning us onward—to Jesus. I’m off and running, and I’m not turning back.”

We need to get back to the basics. These are the foundations of serving and following Him. It’s not about me or what I want…  And it’s not even about others. It’s about giving Him glory in every area of my life. And if I keep to the basics, I’ll do just this!!!

Do to others as I’d have them do to me.

Admit when I was wrong.

Turn the other cheek. 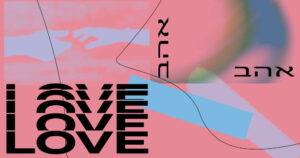 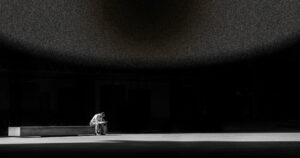 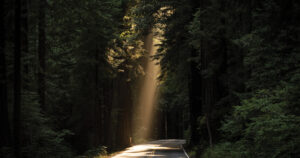