One truth that I see repeatedly in the Word is that there are NO VICTIMS IN CHRIST. When you accept Christ as your Lord and Savior, you are given a winning hand. Scripture calls us overcomers, conquerors, even MORE than conquerors! We’re missing the mark as believers if we don’t live and preach this. It’s not simply a trite saying meant to encourage those feeling discouraged, it’s a promise.

Many people have been born into unimaginable circumstances, enduring all sorts of abuse and unmentionable atrocities. Some have been terribly wronged, or are covered with invisible scars. Others may simply have been neglected, accepting the silent rejection. More than a few have been conditioned into believing lies about their identity or worth.

In God, we have been given true freedom. II Corinthians 5:17 says, “Therefore, if anyone is in Christ, he is a new creation. The old has passed away; behold, the new has come.” God has given us a new identity; we are a new creation! One of my favorite Scriptures reaffirms this. Galatians 2:20 declares, “I have been crucified with Christ. It is no longer I who live, but Christ who lives in me. And the life I now live in the flesh I live by faith in the Son of God, who loved me and gave himself for me.” I am no longer the one who lives, but it is HE who lives in me.

This revelation covers and cancels your previous shattered identity. It nullifies your right to remain a victim or to use the past (or even the present) as a crutch or a means of validating your inability to move into healing. The Word of God does not condone holding onto an unredeemed identity. God has made a life of overcoming available to anyone who asks and believes to receive.

“I can do all things through him who strengthens me.” Philippians 4:13

I taught school in South Africa, and I was intentional about never teaching my children to be victims. Instead, I taught my students that in Christ they were victorious and could do anything with and through Him. I taught them that the only way to overcome the sins of the past (of apartheid) was to forgive and not commit the same wrongs. How could they honor the Lord with their lives? To live “facing forward towards hope and a future in Him, choosing to turn from the past and the pain.”

Several years ago, my father-in-law spoke with a black man in South Africa named Elijah. He asked Elijah how he kept himself from hating white people for the crimes committed during apartheid. Elijah responded, “I forgive in advance…Whatever is done against me, I have already forgiven the wrong before it was ever done to me.”

We must keep our focus fixed on that which honors the Lord.

Hebrews 12:2 states, “Let us fix our eyes on Jesus, the author and perfecter of our faith, who for the joy set before Him endured the cross, scorning its shame, and sat down at the right hand of the throne of God.” Instead of fixing our eyes on our circumstances, we must fix them on the Kingdom!

1 Peter 2:9  declares, “But you are a chosen race, a royal priesthood, a holy nation, a people for his own possession, that you may proclaim the excellencies of him who called you out of darkness into his marvelous light.”

Because the blood of the Lamb was shed, all who believe in Christ and belong to Him are more than conquerors. We choose to declare our testimonies, exalting what He has accomplished; we live our lives for His glory, to make Him known and to declare all His marvelous works.

“And they overcame… by the blood of the Lamb and by the word of their testimony, and they did not love their lives to the death.” Revelation 12:11 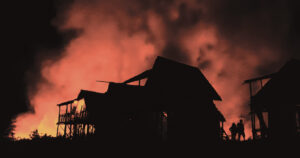 Understanding your Spiritual authority is crucial for your ability to do spiritual warfare – and if you did not know that there is a war going on in the heavenly realm – you only need to look around you at your own life. You will see that there is some thing or someone trying to 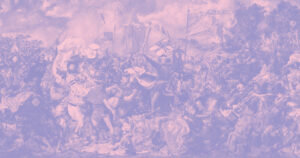 “Let love and kindness be the motivation behind all that you do.” 1 Corinthians 16:14 There’s a saying I’ve heard for a while… “The Christian army is the only army in the world that shoots its wounded.” This statement may not be 100% accurate if you want to get legalistic… but that is my point! 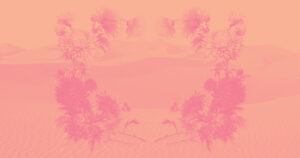 I have been studying the names of God lately – this week I studied “Elohim.”  Elohim means Sovereign Creator. It is the first name used in the Bible for God. In studying creation, you can notice one thing. When he created something, he spoke it and then it happened. When we look at other ways